In Hebrew, we do not call the book Exodus, after its narrative, but Shemot, Names.  In the genealogies that opened the book last week and the parsha of Vaera this week, we briefly see the voices of women.  In each of the “begets” we know that another mother existed, sometimes named and sometimes not.  Powerfully, we also see the different roles and names that God shares with us.

God spoke to Moses and said to him, “I am the LORD.

I appeared to Abraham, Isaac, and Jacob as El Shaddai, but I did not make Myself known to them by My name י-ה-ו-ה.

I also established My covenant with them, to give them the land of Canaan, the land in which they lived as sojourners.

I have now heard the moaning of the Israelites because the Egyptians are holding them in bondage, and I have remembered My covenant.

In these verses, we see that how we speak of God, changes how we relate to God.  How we read about God and where we choose to read also makes a difference.

The Torah: A Women’s Commentary, was produced by URJ Press and the Women of Reform Judaism in 2008.  Each parsha has commentary like in our own Etz Hayyim, yet at the end of each parsha, there are essays and poetry on the theme of the parsha.  On p. 353, there is a beautiful poem that was written by the modern Israeli poet, Rivka Miriam.

Poet and artist Rivka Miriam was born in Jerusalem to Polish Holocaust survivors; she is named after a murdered grandmother and aunt and does not use her surname. The author of 17 books of poetry, five works of fiction and several children's books, she lives with two dogs and some chickens in a house on the main thoroughfare of the Jerusalem neighborhood known as the German Colony. Drawings in the style of many of her self-illustrated book covers may be found painted directly on her house's walls. Among the honors she has been awarded are the Shapiro Prize for Religious Literature, the Lea Goldberg Prize and the Holon Award. 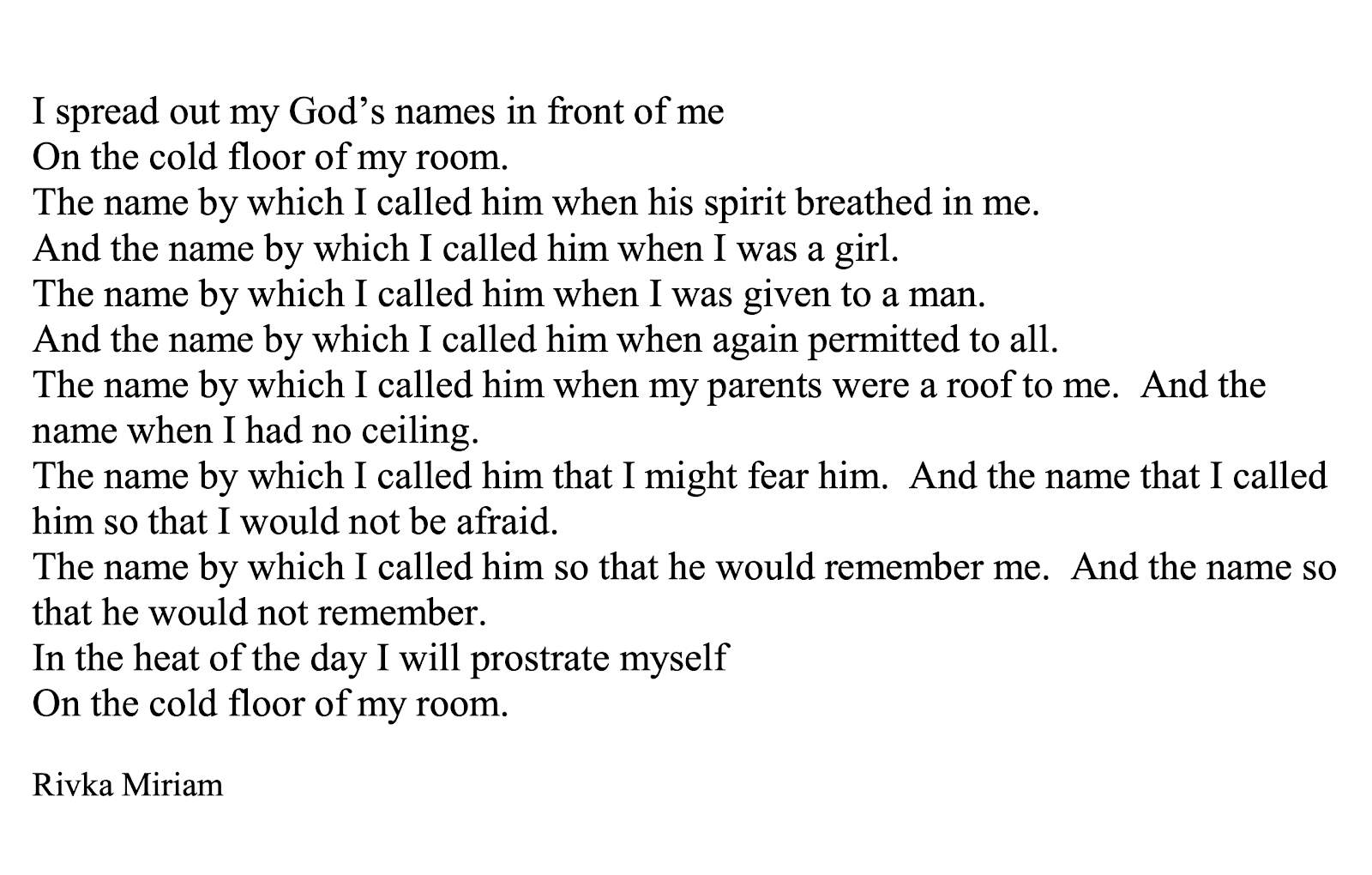 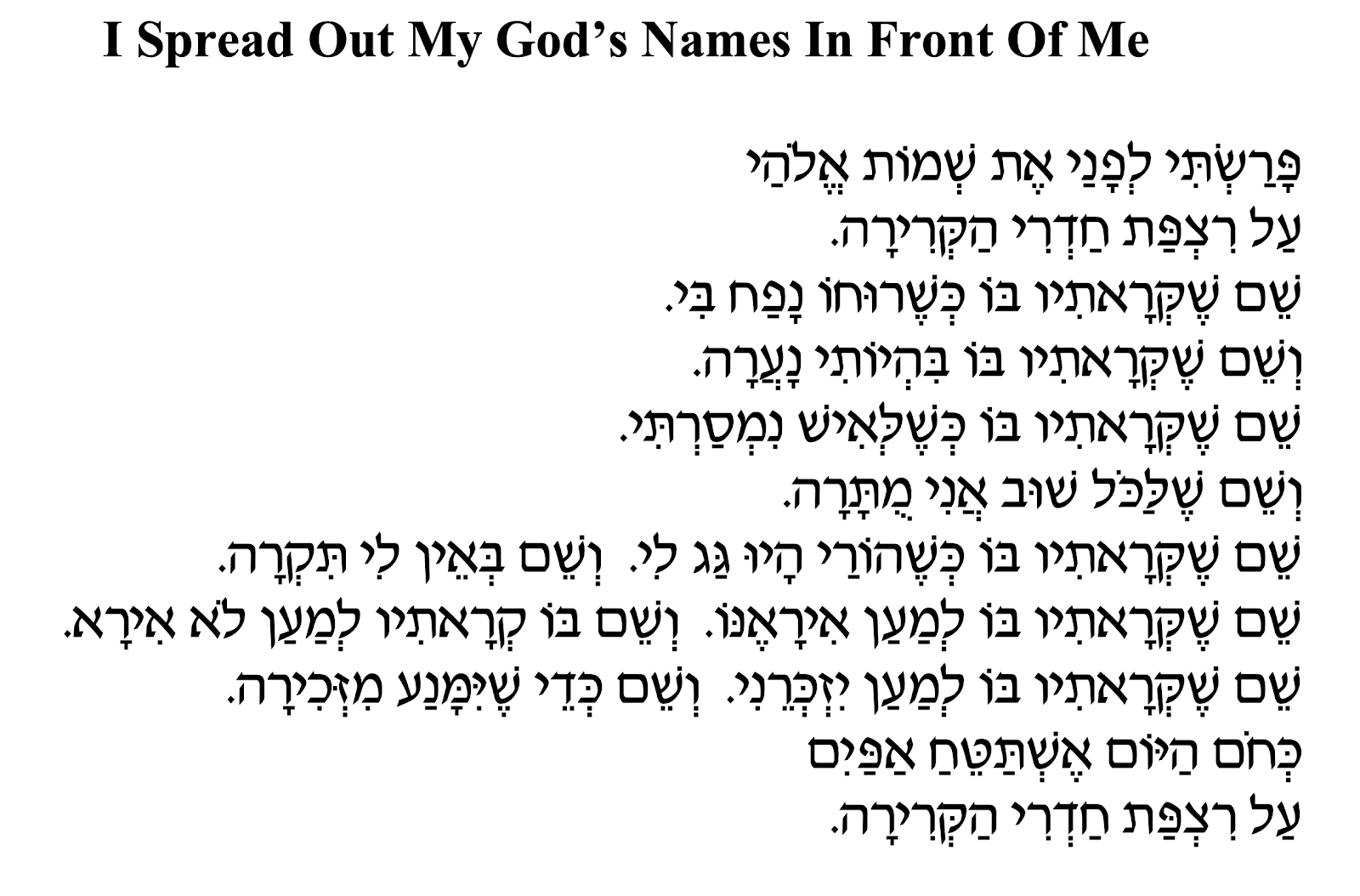 This poem is beautiful and heartbreaking.  It is the story of one person, yet to become a people, we need the stories of so many.  One of my favorite teachings is to look at the opening of the Amidah and see that each of our patriarchs and matriarchs called upon God individually.  When we become a people, we call upon ONE, singular, unified God, yet we remember that each of our ancestors spoke to God in different ways.  The same is true for us.

It is a blessing to be here on this Sisterhood Shabbat, to share this Torah and poetry with you.  May we recognize all the names by which we are called, the names which we call to God and the entirety of ourselves, our community and OUR Holy One.  Shabbat Shalom!